I don’t really seek any new blogs about infidelity anymore. I haven’t in a very long while, probably years. I have a very small core of people I follow, and interact with now that my infidelity journey pretty much came to an end – with more infidelity, bahahaha! Who knew?

However, this post came to my attention yesterday. By a young woman who had learned the hard way about cheaters who lie (ummm, isn’t that kind of a given?) Or is that liars who cheat? It is a mutually constituting and sustaining cycle. The lines she was fed – and she obviously swallowed, hook, line and sinker – by an older married man, who told her he was in an open relationship. That his wife didn’t like sex. That he wanted to be with her. Yaddah, yaddah, yaddah.

You know the drill. Liars gonna lie. I admire this woman for at least admitting that what she did was wrong. And probably stupid. That takes some real ladyballs, to admit she made a massive mistake, and that the wife got massively hurt along the way.

Cheaters feed their new target the information they want them to know, come across all loving and honest.

And new APs drink it all in, Kool-Aiding their way to the same story the previous partner lived. It never ceases to amaze me that these charming and seemingly sincere people continue on their merry way, discarding honest and loving partners as detritus, even barriers to The Most Important Thing. Their own happiness, bugger everybody else. Bugger kids. Bugger memories. Bugger long coupled togetherness. Bugger commitment. Bugger financial security. Bugger old friendships. Bugger a lifetime of work, fun, compromise, sacrifice……I DESERVE to be happy. EVERY single day. No matter what else is happening in anyone else’s lives. On my timeline. Not on anything that is agreed to with that other person who has shared my life, my bed, my body, my DNA, my deepest feelings with. They are not important like me. And the targets are either prepared to ignore the cheater’s past, thinking they are the special snowflake that will never be cheated on, or believe that the cheater (even if a serial one) has truly changed. Will change for them. And that what they did to a loyal and faithful partner is worth the taking the risk for. So, the writer of the linked post now realises the abuse he put his wife through was an indication of how he would treat her.

The above message is from a series of what another of the online dating chicks recently sent me. He is not capable of not having inappropriate ‘friendships’ with other women. His pathology points to having others on the sidelines. Lined up. As a back up plan? To build his poor ego? I really don’t know. I couldn’t have loved him more. I know he really struggled with my healing after he completely shattered me by bringing another woman into our family, our homes, convincing me, soothing my doubts with his lies that she was our mutual friend as he constantly messaged her and fucked her in our children’s beds, our bed. My undying love was severely tested. And I guess he no longer felt idolised. As the well-worn saying goes, the best indicator of future behaviour, is past behaviour. It takes a powerful amount of work on oneself, with the guidance of exceptional therapists, to make permanent and lasting change. 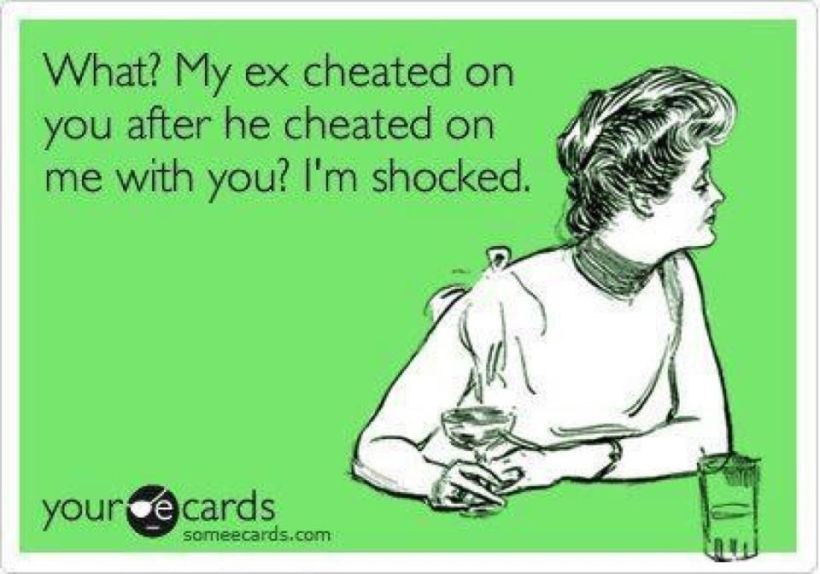 9 thoughts on “Learning the hard way”

This site uses Akismet to reduce spam. Learn how your comment data is processed.